Last month I attended the ScienceWriters2014 event, a joint meeting of the Association of Scientific Writers, Inc. (National Association of Science Writers Inc.) and the Council for the Advancement of Scientific Writing (Council for the development of Science Writing), in Columbus, Ohio. Conducted in cooperation with Ohio State University, the conference attracted 430 independent writers, students, editors, journalists, public information officials and other lovers of science and scientific literature. I had applied for a travel grant for general information officers to attend and I was fortunate to win an award from NASW, which made my attendance possible.

One of the events that attendees could attend was lunch with a scientist at Ohio State University, located a few miles from where the conference was held. I chose Professor Jeffrey LeJeune, infectious disease microbiologist, an epidemiologist because the focus of his research is food security, one of his subjects included in the UC Global Food Initiative, which was launched on July 1 passed by the president of the UC Janet Napolitano. 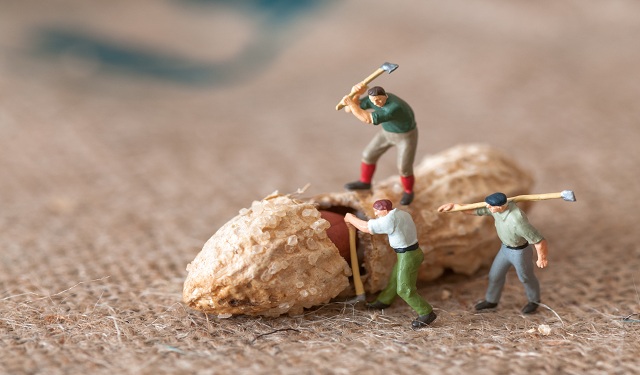 On lunchtime, we went to Ohio State University on buses provided by this institution. We met in the lobby of Ohio Union (the welcome or homecoming event was held on campus, and the Columbus marathon was held nearby), and we were taken to the tables of the scientists we chose. The university gently and safely! He served us lunch.

At LeJeune’s table, we introduce each other. LeJeune began his presentation to his 15 guests by rejecting the five-second rule. According to this rule, foods that fall to the ground are not contaminated with bacteria if they are collected within five seconds of landing.

LeJeune said it does not work. “Eating something from the floor violates all advice on prevention of diseases caused by food,” said the expert.

Perhaps because everyone in his audience was scientific writers, he went on to talk about the communication challenges that scientists face. He said that the most significant emphasis on student training is on making a discovery and that very little attention is paid to how to communicate these findings in simple language for the benefit of the general public. Another challenge that he mentioned is the explosion of information that we are witnessing, resulting in deaf ears to the voices of many scientists and language barriers between scientists and journalists that hinder effective communication.

Next, LeJeune introduced the issue of raw milk or anger. He said that while consuming raw milk is dangerous (data from the CDC from 1973 to 2005 show that 56 percent of the outbreaks of diseases associated with dairy products were attributed to raw milk or cheeses made with it) less than one per One hundred percent of the milk consumed in the United States is fresh.

“The pasteurization of milk was of great benefit to the health of humans,” said the expert. “Most of the cheeses in the United States are pasteurized products.”

We asked many questions. He answered them all. He explained that the United States has the safest food supply. He warned that, despite this, pathogens could enter the food chain through live animals. In addition to that, the cooling may be inadequate. The expert said that about 80 percent of the contamination of food and vegetables occurs outside the farm. His advice on what to eat when traveling: “Avoid raw or unshelled foods. It is better to eat what is well cooked and hot. ”

LeJeune noted that there is no evidence to suggest that genetically modified products, as their acronym in English knows them, are problematic from a food safety perspective.

“There are some insurance concerns,” he said. “But these are mainly economic and political. In a good aspect, GM foods can be beneficial. From the point of food and nutritional security, I also do not see a significant difference between organic and non-organic products or natural fruits and vegetables. There could be, however, it would be about the environmental impact related to different production systems. ”

The discussion about the E. coli bacterium took momentum, specifically about how E. coli becomes infected with a virus and how, when this virus decides to leave E. coli, it releases the Shiga toxin, which in turn, damages the cells that cover the kidney.